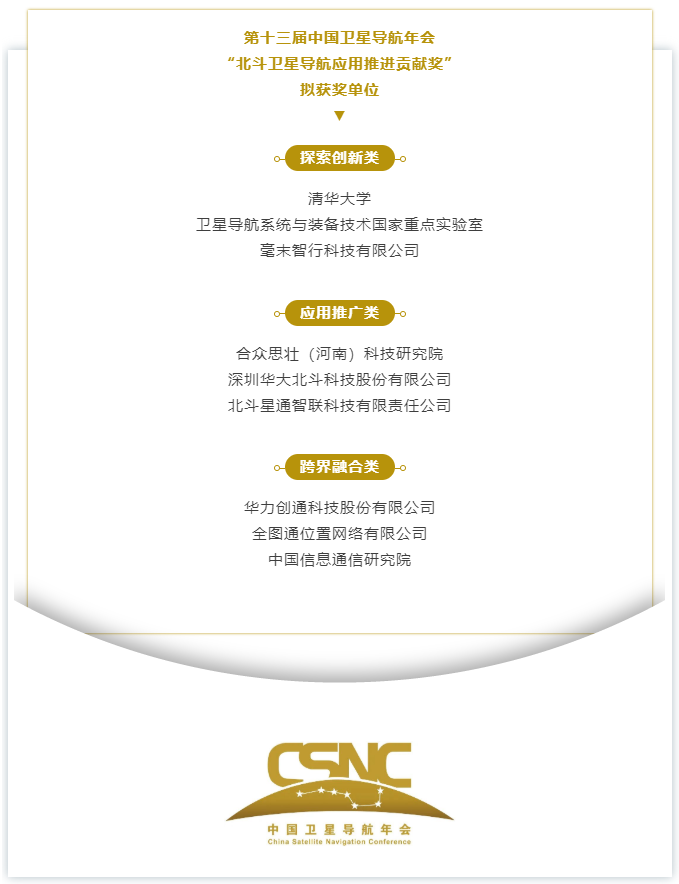 The award-winning UniStrong Research Institute is UniStrong's high-precision satellite navigation product and business platform. Since its establishment, UniStrong has been focusing on the development, application and promotion of BDS/GNSS high-precision core technologies and products. In recent years, UniStrong has taken the lead to release the high-precision baseband chips of "Lyra II" that supports BDS-3 full signal system and the four-channel GNSS broadband RF chip "Aquila", based on which UniStrong has achieved innovation, technology and product upgrading, and launched a new generation of high-precision BDS/GNSS terminal products and solutions. It has also promoted the application of the technology and products in areas such as autonomous driving, precision agriculture, machine control, intelligent transportation, aviation and navigation. In the past two years, the cumulative sales volume of surveying and mapping products equipped with this group of chips has exceeded 100,000 units, and the cumulative installed capacity of GNSS Navigation Agricultural Machinery Autopilot System has exceeded 7,000 units, which has greatly improved the application level of satellite navigation high-precision technology in key industries.

As a leading enterprise in the field of satellite navigation application, UniStrong will take this award as an opportunity to continue to make efforts in core technology research and development. UniStrong will promote the research and development of new generation of GNSS multi-mode, multi-frequency and high-precision RF baseband-integrated SoC chips as well as the integration and innovation of GNSS with 5G, the Internet of Things, artificial intelligence, big data and other technologies.