At the time of the launching of the "Last BDS-3 Satellite", CCTV New Media started an uninterrupted live broadcast. In the afternoon of June 15, 2020, CCTV news reporters, together with Dr. Shen Jun, Vice President and Chief Scientist of UniStrog Group, brought us to China's first museum of satellite navigation application and started a time and space fantasy journey of BeiDou Navigation. 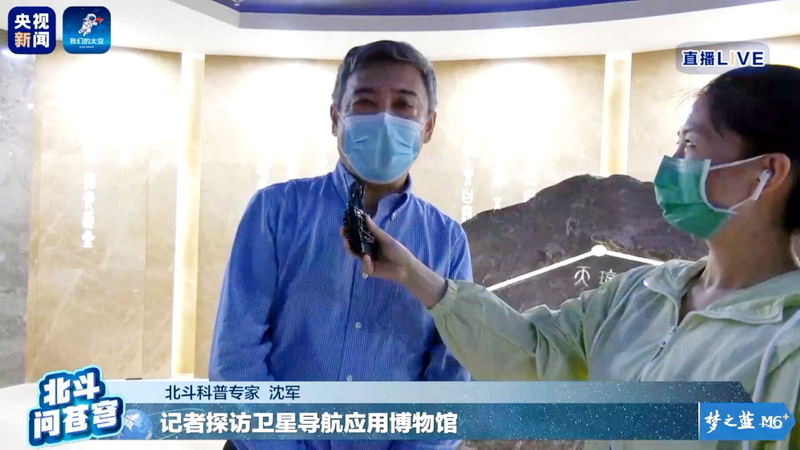 The Satellite Navigation Application Museum is in the PNT Global Innovation Center in e-Town, Beijing. It was built under the auspices of UniStrong and completed in 2019, pioneered as a theme museum in the field of satellite navigation. As a witness and promoter of the progress made by the BeiDou industry, UniStrong aspires to record the development of the industry. The museum aims to create an experience platform for the general public and industry professionals, an education platform that fosters navigation interests, and a popular science base that helps to further the public understanding of satellite navigation. At the same time, through continuous accumulation, it also helps the industry to create a historical "memory book" of satellite navigation applications in memory of the heroes of navigation and to enlighten future generations. 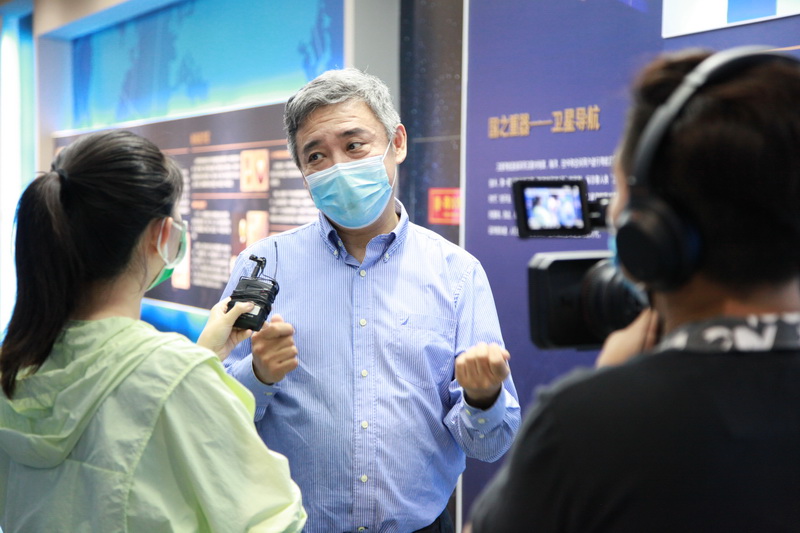 At this moment of witnessing history, UniStrong together with CCTV, will bring you on an intuitive and vivid journey through the Museum on live streaming. Let BeiDou enter into the public view, let more people understand and love satellite navigation, which is of positive significance for promoting the development and application of BeiDou technology. 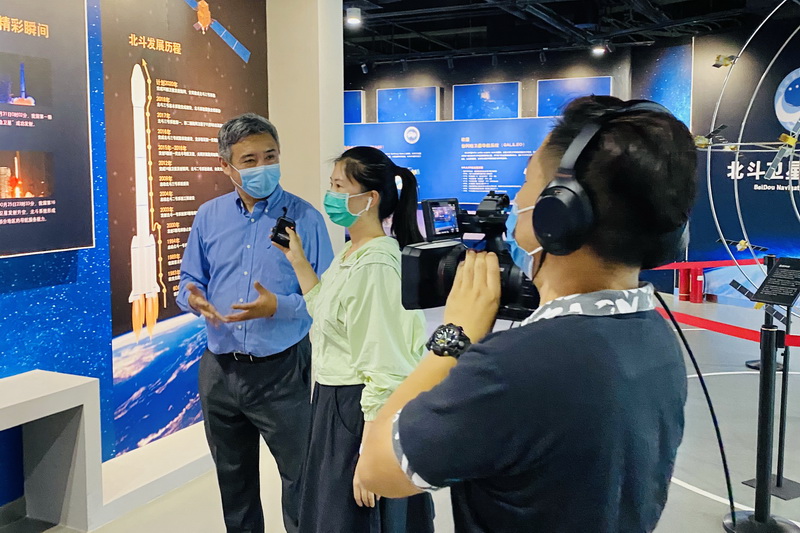 Real Experience of the History and BeiDou Futuristic Tech

During the live broadcast, Dr. Shen Jun introduced the origin and development of navigation technology such as ancient navigation and satellite navigation, especially the construction, application and international cooperation achievements of BeiDou Navigation Satellite System. 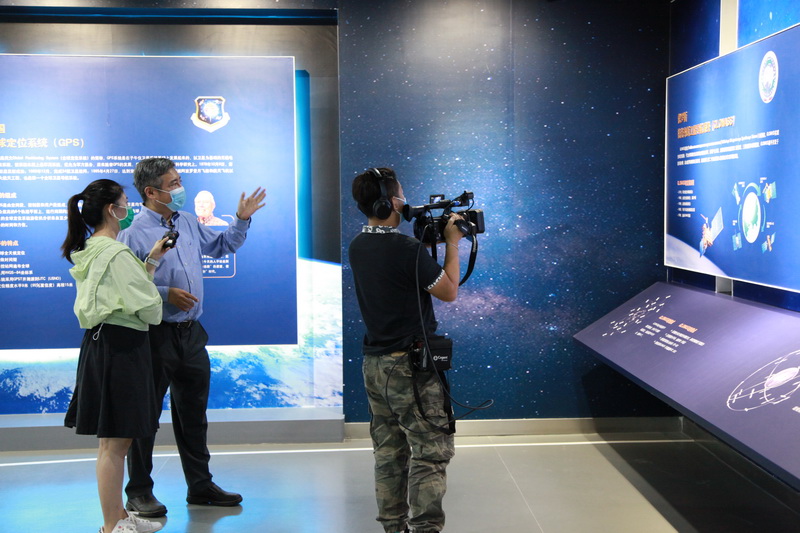 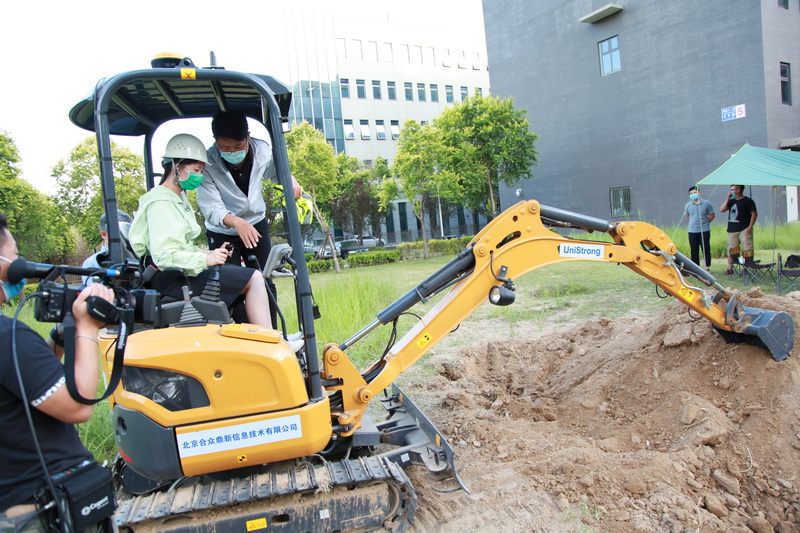 With the help of the BeiDou smart guidance system, the operating accuracy and efficiency of the excavator have been greatly improved. Even the reporter, a freshman in construction machinery, can easily manage the system. Users can accurately complete the construction under the guidance of the system even in tunnels and underwater environments where the visibility is limited, at an accuracy of up to 3cm. 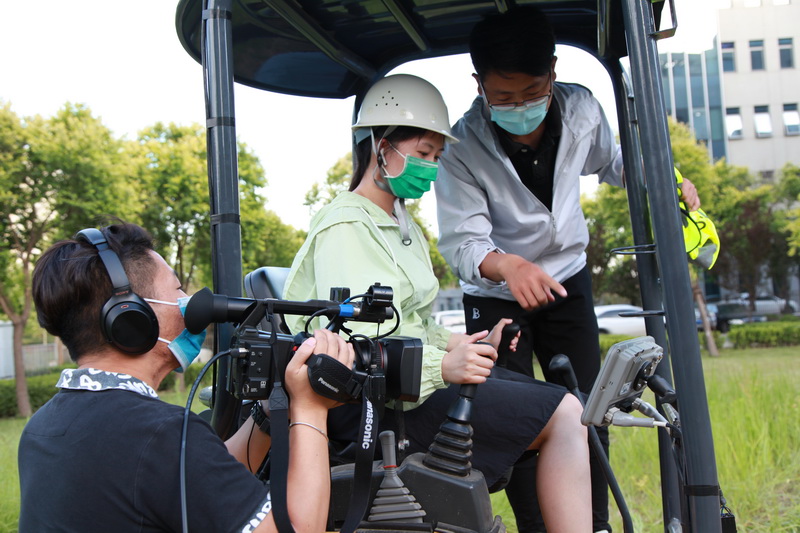 Netizens gave thumbs-up after listening to the specific introduction of the product and watching the demonstration of BeiDou high-precision application product operation. 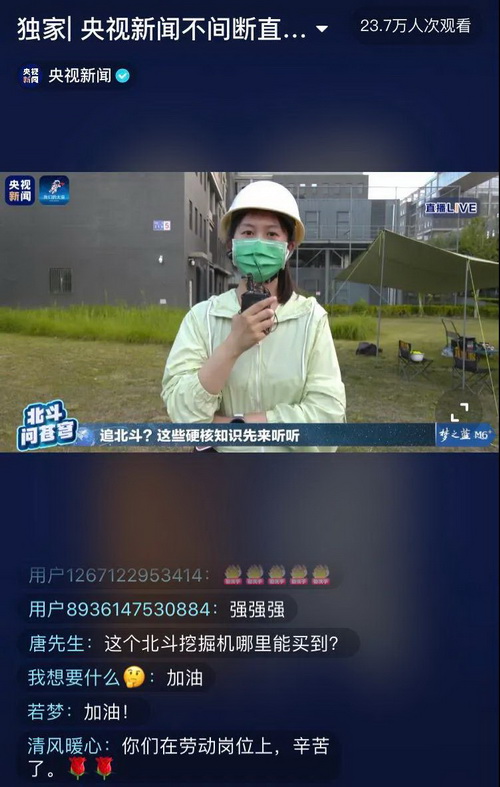 Everyone was deeply impressed with the charm of BeiDou Navigation Technology, of which the application of BeiDou is everywhere. The blessing of BeiDou has brought great convenience to production. While liberating the labor force, it has significantly improved production efficiency and made the production process smarter and more efficient.